While Bitcoin Cash‘s contested fork last week depressed the price to $238, it has seen good recovery since. Interestingly, this was also aided by a strong surge across the altcoin market as Ethereum also visited its $550-resistance level. Subsequently, Bitcoin fell from $18,700 to near-$18,000 and many of the market’s alts also saw selling pressure mount over the past few hours. Finally, IOTA descended to test a level as support while Compound was unable to scale past a level of resistance in the face of intense selling. 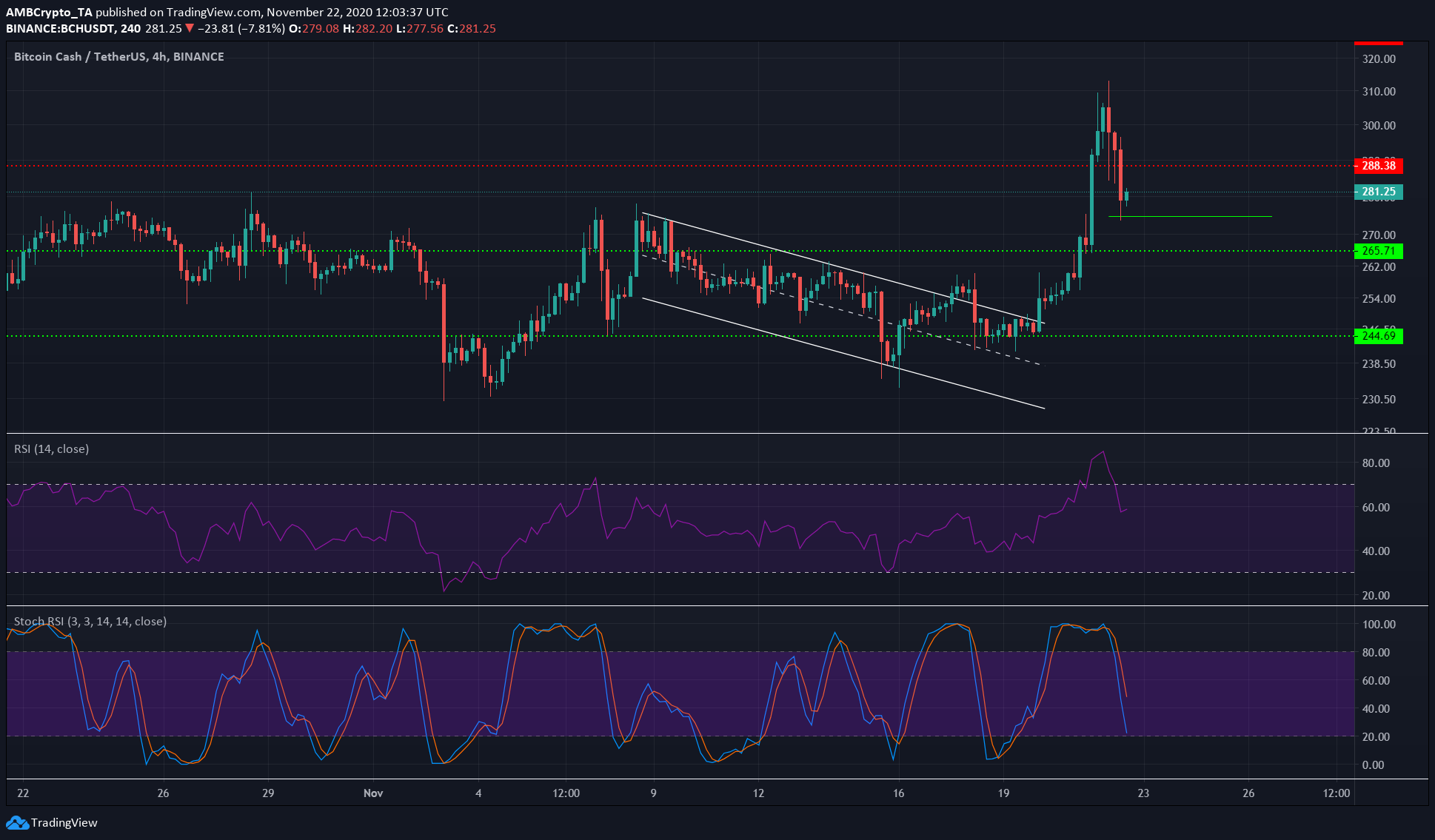 Bitcoin Cash registered a surge from the support at $244 to climb to a high of $310, but it was unable to flip the level of resistance at $288 to support in the face of selling pressure.

The level at $275 has been of interest to sellers over the past few weeks, and it is possible that this level has been flipped to support. 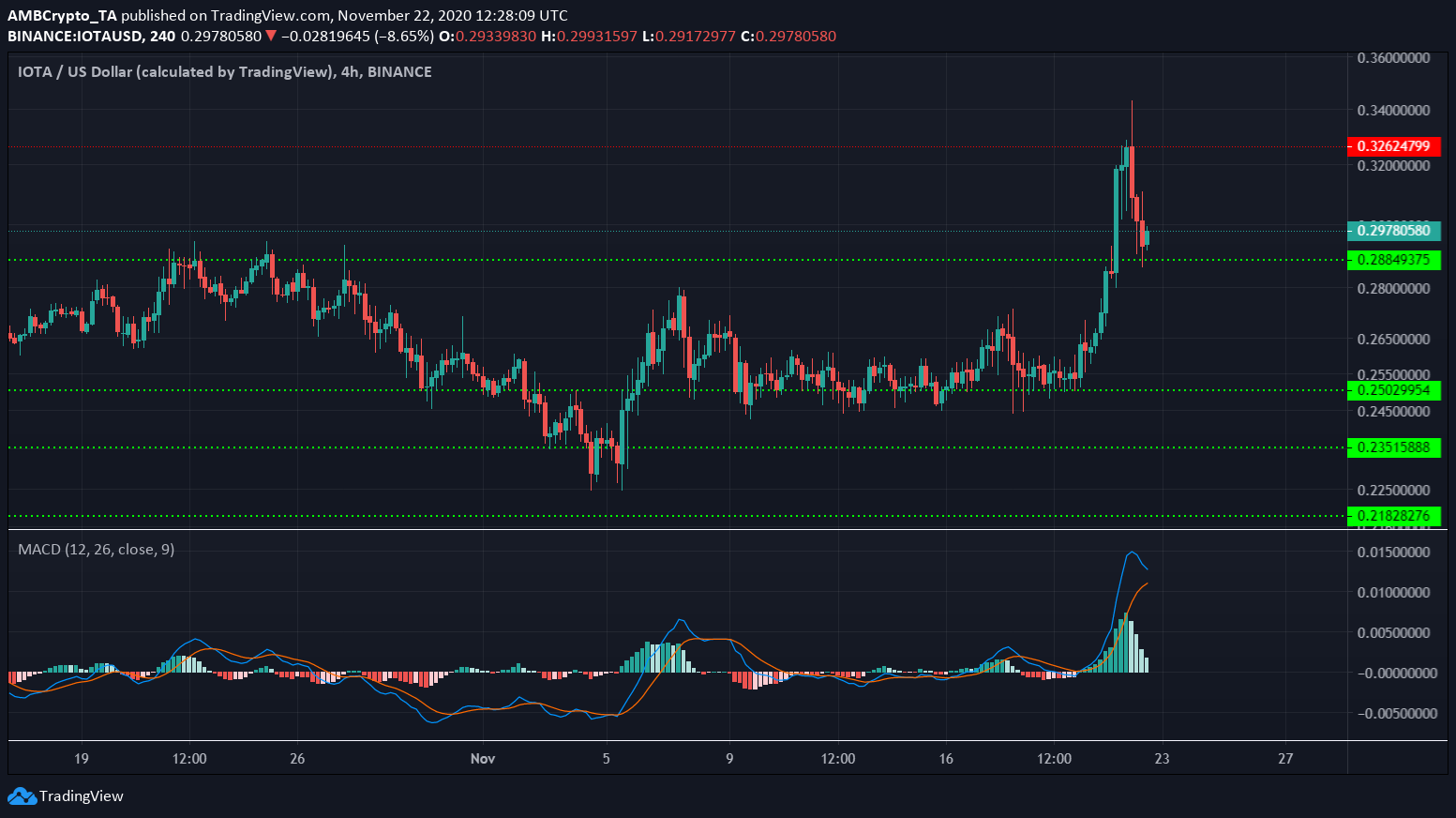 Like Bitcoin Cash, IOTA also noted a pullback and it was testing the level at $0.288 as support. A close below this level could still see IOTA’s bulls find a footing at $0.278.

A close below both these levels would indicate that bullish momentum was exhausted in the near-term, while a defense of the $0.288-level by the bulls could see IOTA register further gains in the coming days.

IOTA saw a mainnet issue last week, one that was addressed later to give further insight into existing vulnerabilities. 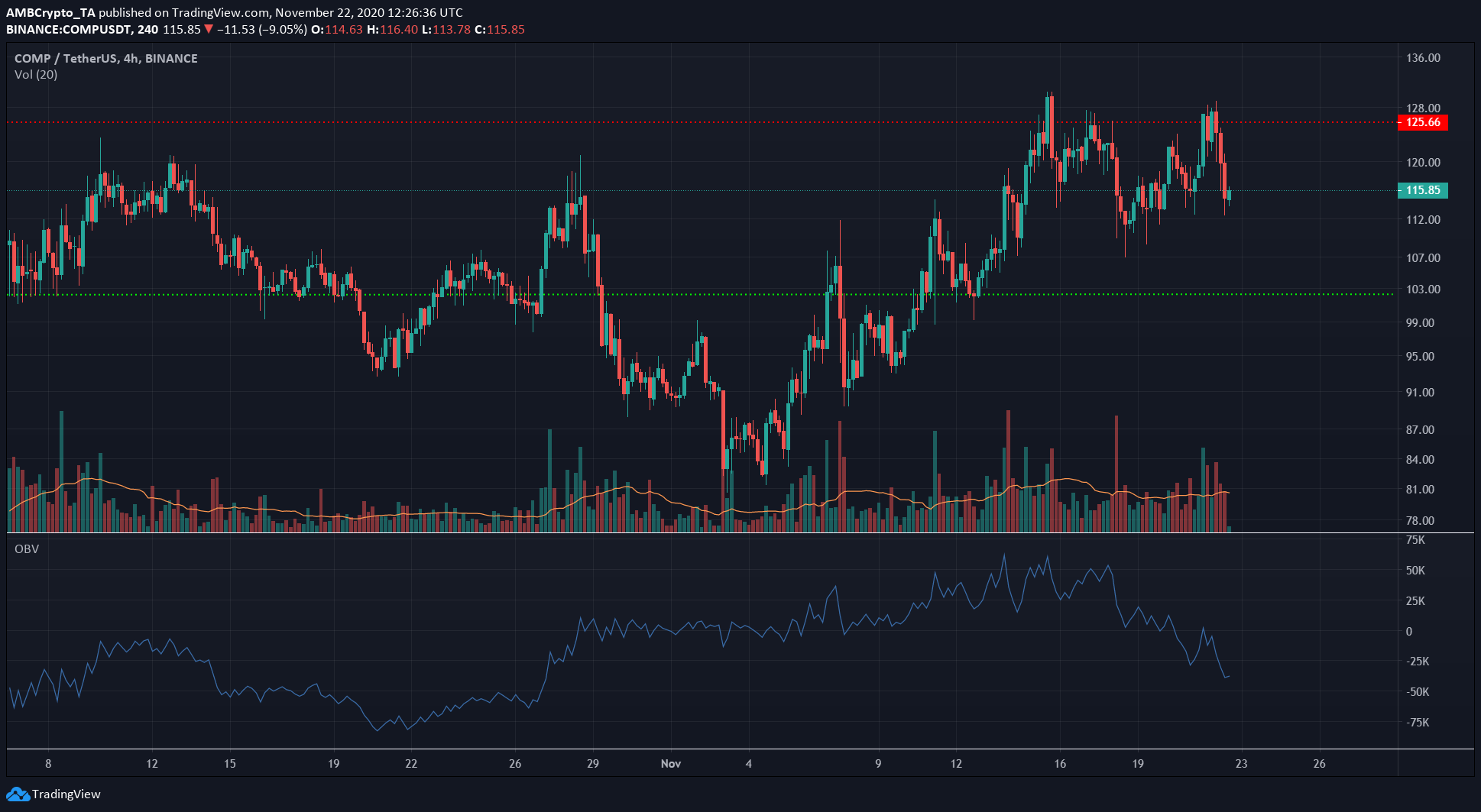 Lending protocol Compound remained massive in the space with a TVL of $1.52 billion, but the token COMP has had some rough sailing over the past few weeks.

After reaching a low of $84, it recovered with momentum to rise past its psychological level of $100.

And yet, $125 remained a stiff level of resistance and it was unable to breach it once again, facing rejection with its latest attempt.

Even as the market bulls struggled to push the price past the resistance, selling volume was already mounting, as shown by the OBV setting a series of lower highs.

The trading volume has also seen more activity on sessions that posted more losses than gains, indicating that the sentiment in the market was geared towards profit-taking.

Ethereum 2.0 to boost DeFi but delayed launch may set the network back

After breaking above the crucial mark of $1.00, Lisk has further continued its positive run in the market and...

There is a burgeoning conversation in Pakistan around the use and ownership of an asset class commonly known as...

VeChain leaves behind IOTA as it shows a clear rise in the price and a steep price trend of...

BUENOS AIRES--(BUSINESS WIRE)--Cloudbet, the pioneering crypto casino and sportsbook, has added MakerDAO’s Dai to the currencies available to its...

Blockchain analytics firm CipherTrace applied for two separate patents for systems that it says will allow it to track...

Bitcoin Could Be on Track to $74,000, Trader Says as Cryptocurrency Approaches All-Time Highs – NBC Connecticut

Ethereum 2.0 set to launch Dec. 1 after late surge in deposits