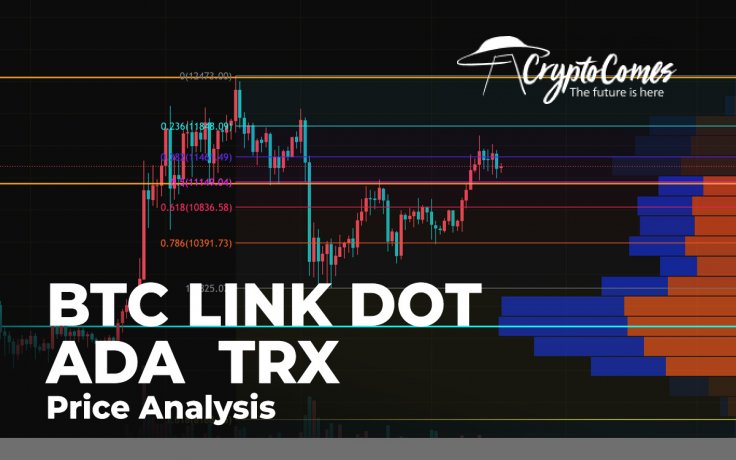 Disclaimer: The opinion expressed here is not investment advice – it is provided for informational purposes only. It does not necessarily reflect the opinion of CryptoComes. Every investment and all trading involves risk, so you should always perform your own research prior to making decisions. We do not recommend investing money you cannot afford to lose.

The weekend has begun with a relatively neutral mood on the cryptocurrency market as neither buyers nor sellers are dominating at the moment. 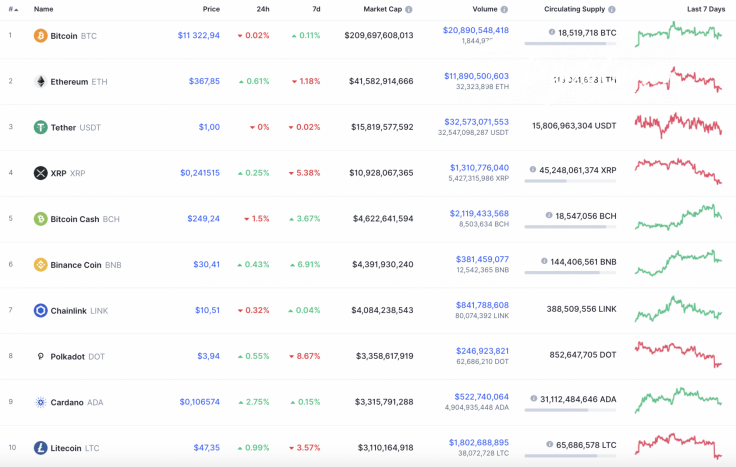 The rate of Bitcoin (BTC) has remained at the same place as last week. The price has changed by 0.11%. 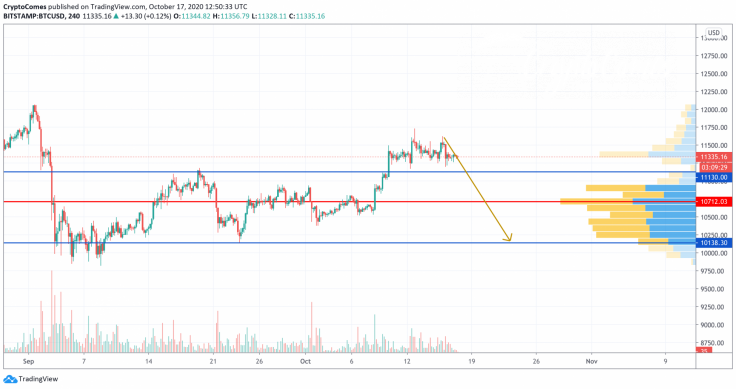 On the 4H chart, Bitcoin (BTC) could not fix above $11,500, which means that bulls lack the power to keep the growth going. The trading volume is going down, which makes the position of bears stronger. 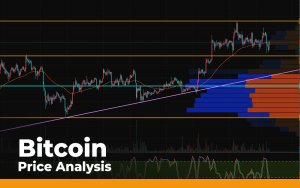 In the short term, a price drop is possible to the area of $10,100, where most of the liquidity is focused.

Chainlink (LINK) is the main looser from our list, as the rate of the altcoin has dropped by 0.32% over the previous 24 hours. 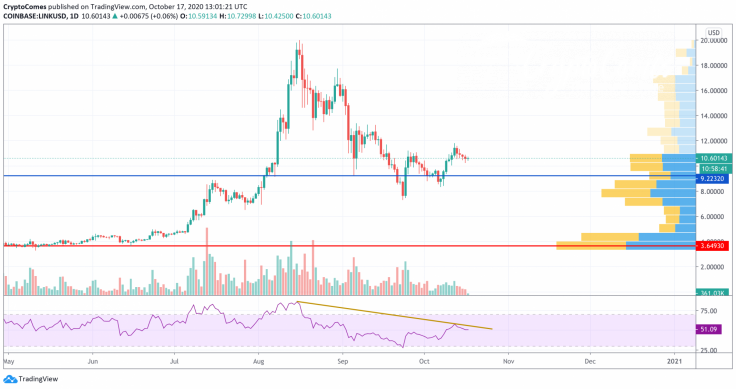 From the technical point of view, the ongoing decline has not finished yet because volume, as well as liquidity, is not enough for a reversal. Thus, one may notice a bearish divergence on the Relative Strength Index indicator. All in all, traders may see Chainlink (LINK) trading at around $9.22 soon.

Polkadot (DOT) has gained a few points since yesterday; however, the rate of the coin has dropped by almost 9% over the last 7 days. 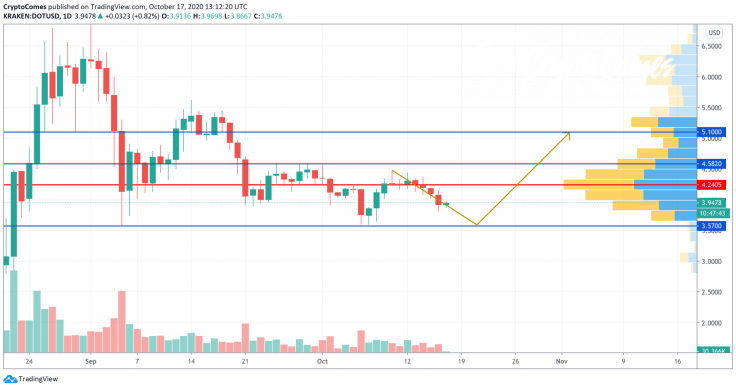 On the daily time frame, Polkadot (DOT) is not ready to switch to a bullish wave and keep the growth. Most likely, the decrease may continue to the support zone of $3.57, followed by a price blast to $5.10. Such a scenario is relevant until the end of the current month.

Cardano (ADA) is the top gainer today as the price change since yesterday has constituted 2.75%. 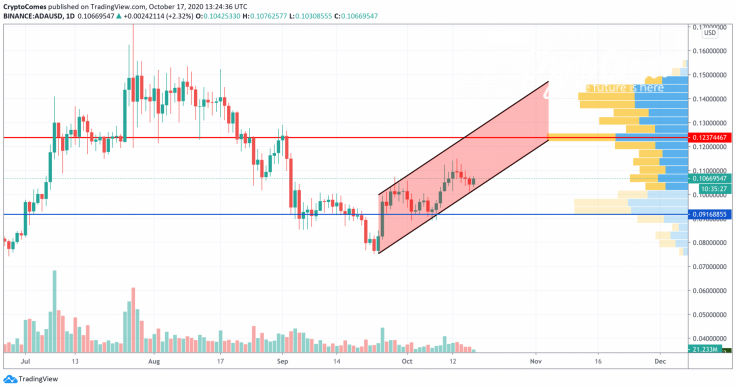 Cardano (ADA) has bounced off the support of the rising channel, having confirmed the growth potential. A further rise is more likely than a drop as the liquidity is concentrated above $0.12. In this case, the endpoint of the current growth may be the support at $0.1237.

Tron (TRX) has also located in the bullish zone over the last day. However, it has not shown such a big price rise as Cardano (ADA). 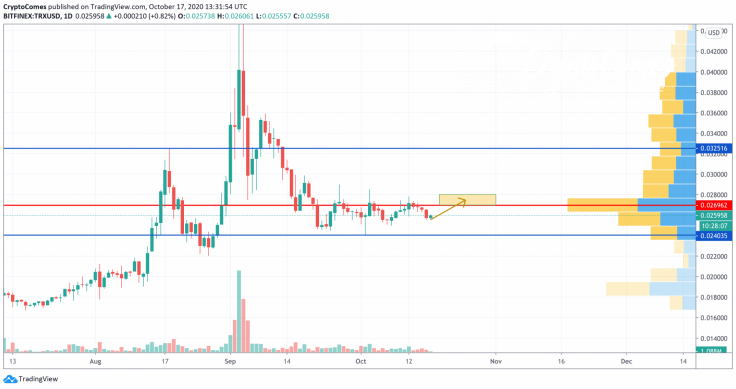 On the daily chart, Tron (TRX) keeps trading sideways, accumulating power for a price blast. At the moment, neither bulls nor bears have seized the initiative. To sum up, the ongoing trend is about to continue and the altcoin might locate in the range of $0.027-$0.028 shortly.

With more than 5 years of trading, Denys has a deep knowledge of both technical and fundamental market analysis. Mainly, he has started his blog on TradingView where publishes all relevant information and makes predictions about top coins.

Thus, his experience is backed up by working in top blockchain related companies such as W12, Platinum Listing & ICO Advisory, ATB Coin, and others, can be contacted at denys.serhiichuk@cryptocomes.com