Hi, This is Qadir A.K, Crypto lover and Research Columnist.

Japan is one of the world leaders in the development of the blockchain industry and currently the world’s most crypto-friendly country. Cryptocurrency in Japan is considered as a legal tender and accepted widely as a mode of payment. Japan is the world’s biggest market for Bitcoin and one of the first countries to regulate cryptocurrencies, exchanges, institutions, and the funds involved in the business.

Did you know? Nomura, a Japanese Analyst claims that Bitcoin adds 0.3% to Japan’s G.D.P and About 3.5 million individuals actively use and trade cryptocurrencies in Japan.

Japan has always been on the leading edge of technology development of all time. And the research brings a major breakthrough to the world in the field of robotics, high-speed rail, and portable devices.

So, it’s not surprising that cryptocurrency has found such a foothold in the country. Japan found it’s a new mode of payment in cryptocurrency (specifically Bitcoin).

Moreover, any technology that benefits the economy of Japan, receives tremendous support from the government. The government has worked with many tech companies as they are aware of the fact that technologies and inventions are always profitable for the economy.

Recently in January 2020,  Japan’s ruling party lawmakers proposed the idea of issuing Japan’s own digital currency. However, the finance minister Aso clarified that the central banks would study the idea positively but at present, the government has no plans to issue crypto.

How the government has Regulated Cryptocurrencies?

Cryptocurrencies in Japan are treated as legal tender and the exchanges are required to register with the financial service agency. Cryptocurrency has a good, progressive base in Japan until a series of hacks that took place led to an urgent national concern. Hence, Japan’s Financial Service Agency(FSA) stepped in to regulate trading and exchanges.

An amendment was passed to the Payment Service Act which requires the Cryptocurrency Agencies to be registered with FSA in order to operate. The FSA imposed stricter requirements under cybersecurity, Anti-money laundering, and Counter Terror Financing.

Japan’s FSA held talks with the exchanges and agreed to form a self-regulatory body the Japanese Virtual Currency Exchange Association (JVCEA) which will provide advice to unlicensed exchanges and promote regulatory compliance.

Established in April 2018, JVCEA announced to enforce stricter regulations for the ‘Hot Wallet’ after the hot wallets were targeted in the hacks. It became an officially recognized regulatory body on October 24, 2018.

In case of the ICO’s, if the ICO’s target the customers in Japan then they too have to get registered as a Virtual Currency Exchange Provider

The Crypto Regulations in Japan are getting stronger with the time

Japan terms the income from the cryptocurrency as ‘Miscellaneous Income’. The Japanese National Tax Agency which looks after the taxations in Japan have released some guidelines on the Tax treatment on Cryptocurrencies. Interestingly not all the people are subjected to tax on their cryptocurrency investments as per the guidelines.

The people with more than 200,000 Yen ($1,700)  remuneration are subjected to tax and the income less than the mentioned amount is exempted. However, they too need to declare their income.

In case of gains incurred from cryptocurrencies, the tax varies from 5% – 45% and an additional 10% is added to every level as ‘Municipal taxes’. Hence the cryptocurrency owners in Japan pay the highest tax rate of about 55% on their profits.

As said above, Japanese citizens were among the first to start mining. Japan has attracted more of the crypto miners by its cheap electricity from geothermal, winds, and hydropower. Many companies have set up mining businesses with more than 500 servers in Japan. However. The mining business is still under the process of regulation.

The Financial Service Agency (FSA) is the regulatory body of Japan, being concerned over organized crime and other criminals using digital currencies to launder money. Therefore, FSA made it mandatory for all crypto exchanges in Japan to be licensed with FSA to operate. The crypto exchanges need to comply with the KYC process and impose Anti-Money laundering laws.

On May 31, 2019, the house representatives of Japan amended two cryptocurrency-related laws, the Payment Service Act (PSA) and the Financial Instruments and Exchange Act (FIEA), which came into effect in April 2020.

The new law revises the term ‘Virtual Currency’ to ‘Crypto Assets’. The Act mainly emphasized on:-

Store restrictions on Exchanges:- The exchanges will have to manage user’s money separately from their cash flows. The exchange has to use a third party operator such as ‘Cold Storage’ to keep hold of user’s money. If the exchanges store them in a hot wallet, then they have to hold the same kind and same quantities of crypto assets as the user’s assets.

The amended FIEA act introduced the concept of electronically recorded transferable rights (ERTR’s) which are coins issued, to define ICO’s are regulated under FIEA.

Crypto Derivatives:- Since 80% of the crypto trades come out of derivatives, which are an agreement between the two parties, regulating them was very much mandatory. And hence the derivative transactions have been regulated under FIEA from April 2020.

FIEA Prohibitions:- The FIEA prohibits anyone from engaging in activities like spreading rumors, using fraud ways to buy or sell crypto assets or derivatives.

19-05-2020:- ATM’s in Japan would be integrated with Ripple powered Money tap to standardize the banks with new bills and passbooks.

08-09-2019:- Yuriko Koike, Governor of Tokyo announced to issue digital currency to residents who have made social contributions in environmental conservations and eradicating poverty. However, the name of the currency is not yet announced.

17-07-2019:- FATF approved the plan for establishing the new international network for cryptocurrency payments, similar to the SWIFT network used by banks, in an effort to fight money laundering. A FATF team would monitor its development and Japan will cooperate with other countries.

12-02-2019:- Japan’s largest bank Mitsubishi UFJ Financial Group (MUFG) is collaborating with American internet start-up Akamai, to build and deploy the world’s fastest payment network on blockchain technology. Japan would experiment with this payment system to handle millions of transactions per second in time for the Tokyo Olympics 2020.

24-10-2018:- Japan’s Financial Service Agency announced the official operation of the Japanese Virtual Currency Exchange Association (JVCEA). It would be operating as a self-regulatory body, responsible to set rules for the exchanges.

13-08-2018:- Japan’s FSA announced the results of the inspections held on 23 cryptocurrency exchanges after the Coincheck exchange hack in January 2018. The FSA found 7 out of 23 exchanges are fully regulated while others are deemed dealers, whose application is in process.

07-08-2018:- The Japanese Virtual Currency Exchange Association (JVCEA) applied to FAS to become a self-regulatory body. It is comprised of 16 licensed Japanese Exchanges.

30-04-2018:- Japan’s FSA discourages the exchanges for the usage of certain cryptocurrencies like Monero, Zcash, and Dash. FSA believes these currencies are used by bad actors for illegal activities.

30-09-2017:- The Financial Service Agency of Japan, has issued a license for 11 companies to operate as a cryptocurrency exchange. To obtain a license, companies must meet several strict requirements.

01-04-2017:- After months of debate, Japan’s Financial Service Agency approved cryptocurrencies as a mode of payment granting the same status of other currencies. The law will put in place capital requirements for exchanges as well as cybersecurity and operational stipulations.

25-05-2016:- Japan passed a bill that includes amendments to the Payment Service Act (PSA) and the Criminal proceed Transfer Act, both intended to regulate cryptocurrency and its exchanges.

04-03-2016:- Japan’s first bill on cryptocurrencies was submitted. The bill provides,

19-06-2014:- Japan’s Liberal Democratic Party reportedly stated that cryptocurrency regulation is not required for now. But we will look into it in the future.

Is cryptocurrencies regulated in Japan?

Do all the individuals who own cryptocurrencies are subjected to taxes?

No, only the profits which cross 2,00,000 Yen per year are taxable. The profit below is exempted from taxes.

Is Crypto mining regularized in Japan?

As of now, mining is yet to be regularized and taxes are not yet discussed. 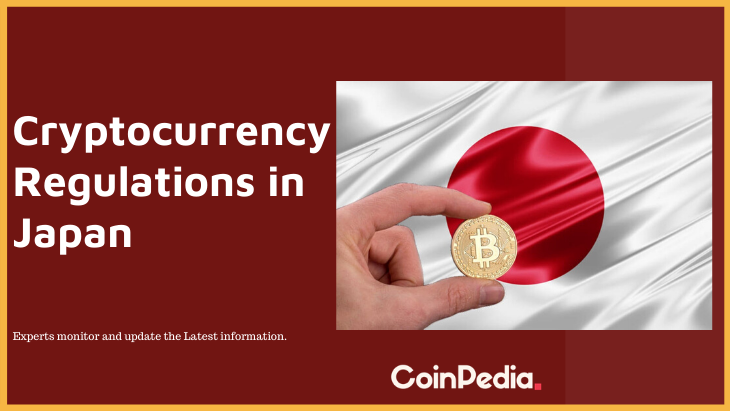 Japan is one of the world leaders in the development of the blockchain industry and currently the world’s most crypto-friendly country.

﻿﻿ We caught up with PraveenKumar, CEO of Belrium Blockchain, which recently got accepted onto the Capital Markets Authority...

A crypto-sympathetic official has been named as the next leader of Japan`s Financial Services Agency.Jiji Press reported on July...

A hacker gang known as “Keeper” established an interconnected network to steal credit card data from over 570 e-commerce...

B21 launches cryptocurrency investment mobile app in IndiaRipple seeks clarity from Indian government before it introduces any new solutionBitcoin...

Ontology 2.0 Is Now Available With Layer 2 And Many Other Features

Is IOHK’s CEO Getting Over-Zealous with Cardano and ADA?

How Blockchain Technology Will Change the Marketing Industry

The Altcoins That Skyrocket Despite Bitcoin: Wednesday Price Watch