After Bitcoin, Ethereum has been the hottest cryptocurrency in the market, especially off-late, with its growth driven by Decentralized Finance [DeFi]. In fact, DeFi’s growth has become synonymous with the growth of Ethereum due to the latter’s heavy utilization in DeFi protocols. Today, investors have moved on from simply holding on to the second-largest crypto-asset passively, to locking them up in various smart contracts in a bid to generate returns, especially during a period of low volatility.

Such behavior has resulted in over 15% of Ethereum being locked up in smart contracts on the Ethereum blockchain – up from 11.5% a year ago. 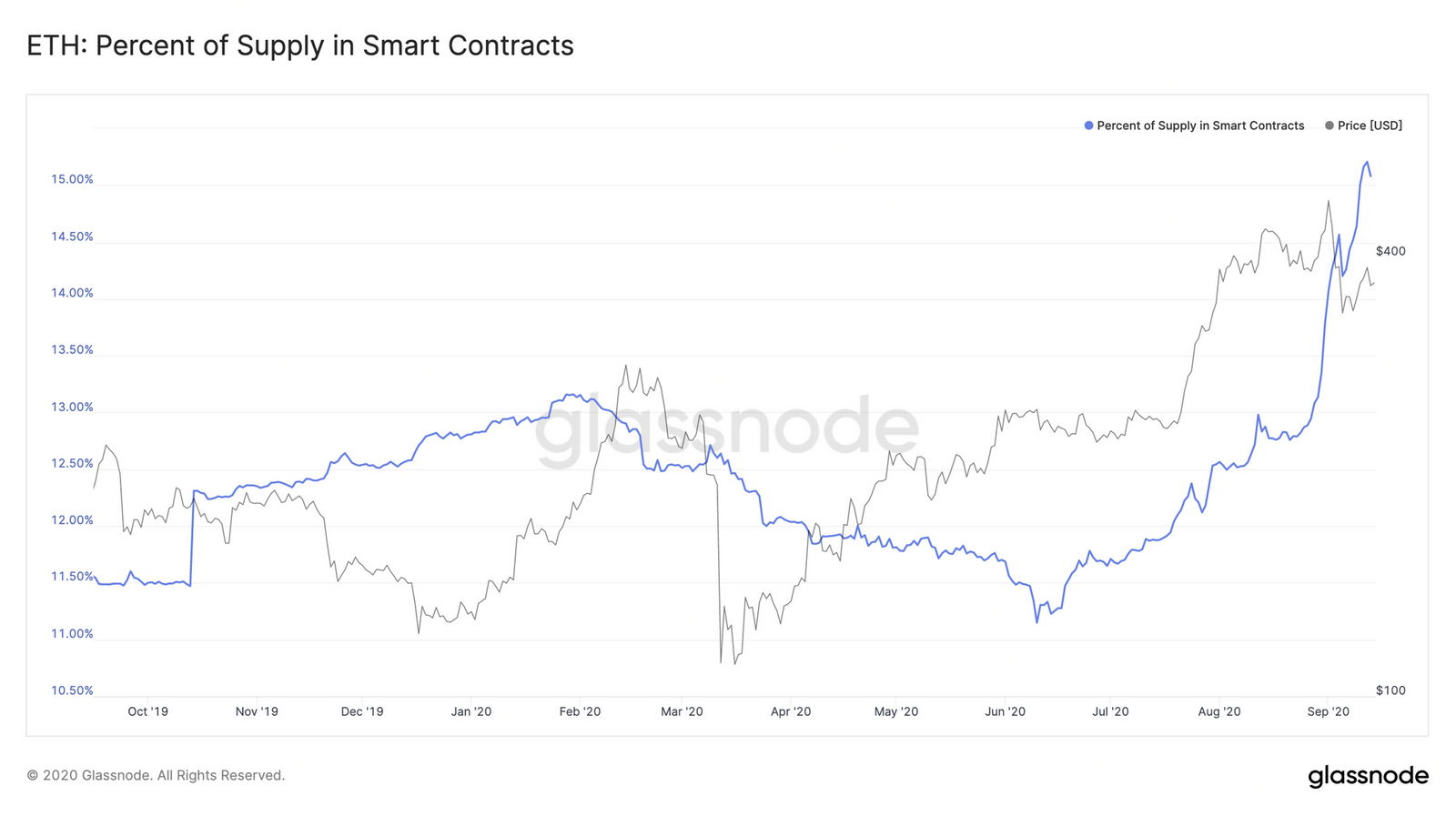 According to data collected by Glassnode, over 5% of ETH is locked up in the wrapped Ether [WETH] smart contract, enabling easy interaction with other tokens. However, most WETH remains locked up in DeFi contracts including Maker, Uniswap, and Balancer. Interestingly, the contract calls on Ethereum have also surged to a high over the past few months. Any transaction on the ETH blockchain, apart from simple ETH transfers, will interact with one or more smart contracts, which is commonly referred to as a contract call.

One of the Richest Bitcoin Investors Alive Just Transferred $175,100,000 in BTC As Ethereum and XRP Whales Move Millions in Crypto

It can be thus argued that other contracts like WETH and Compound have highlighted the use case of ETH beyond just a store of value. ETH’s booming presence seems to be underlining the digital asset’s growing utility as not only a currency, but also as a hedge.

Bitcoin Supply on Ethereum Tops $1B

In the crypto-verse, Nigeria remains one of the fastest-growing and lucrative markets for crypto traders and global investors to...

One of the Richest Bitcoin Investors Alive Just Transferred $175,100,000 in BTC As Ethereum and XRP Whales Move Millions in Crypto

One of the richest Bitcoin investors in history is suddenly moving their crypto fortune. An anonymous whale just transferred...

Bitcoin is showing signs of profit booking, resulting in a slight downturn in altcoin prices. Author