How is Bitcoin performing after the crash? Altcoins show promise

Bitcoin gets rejected from the $7,000 level for the 5th time in 15 days showing that the bears are in effect. This struggle to climb above the $7,000 mark comes after the price plunged from $9,200 to $3,850 from March 07 to March 13. Although, at the time of the drop, the whole ecosystem suffered equally, however, some altcoins have been more resilient than others. Bitcoin, for one, is trying but failing while altcoins leave it in the rear-view mirror.

The drop had implications ranging beyond the most obvious factor, price. Bitcoin network’s difficulty, hash rate, block production times, mining industry, and companies within the space have all felt the ripple effect and are still reeling from it. As for companies, many received margin calls due to the drop. Take, for example, Hut8, who dipped deep into their BTC reserves during this crash.

Bitcoin’s crash and its performance 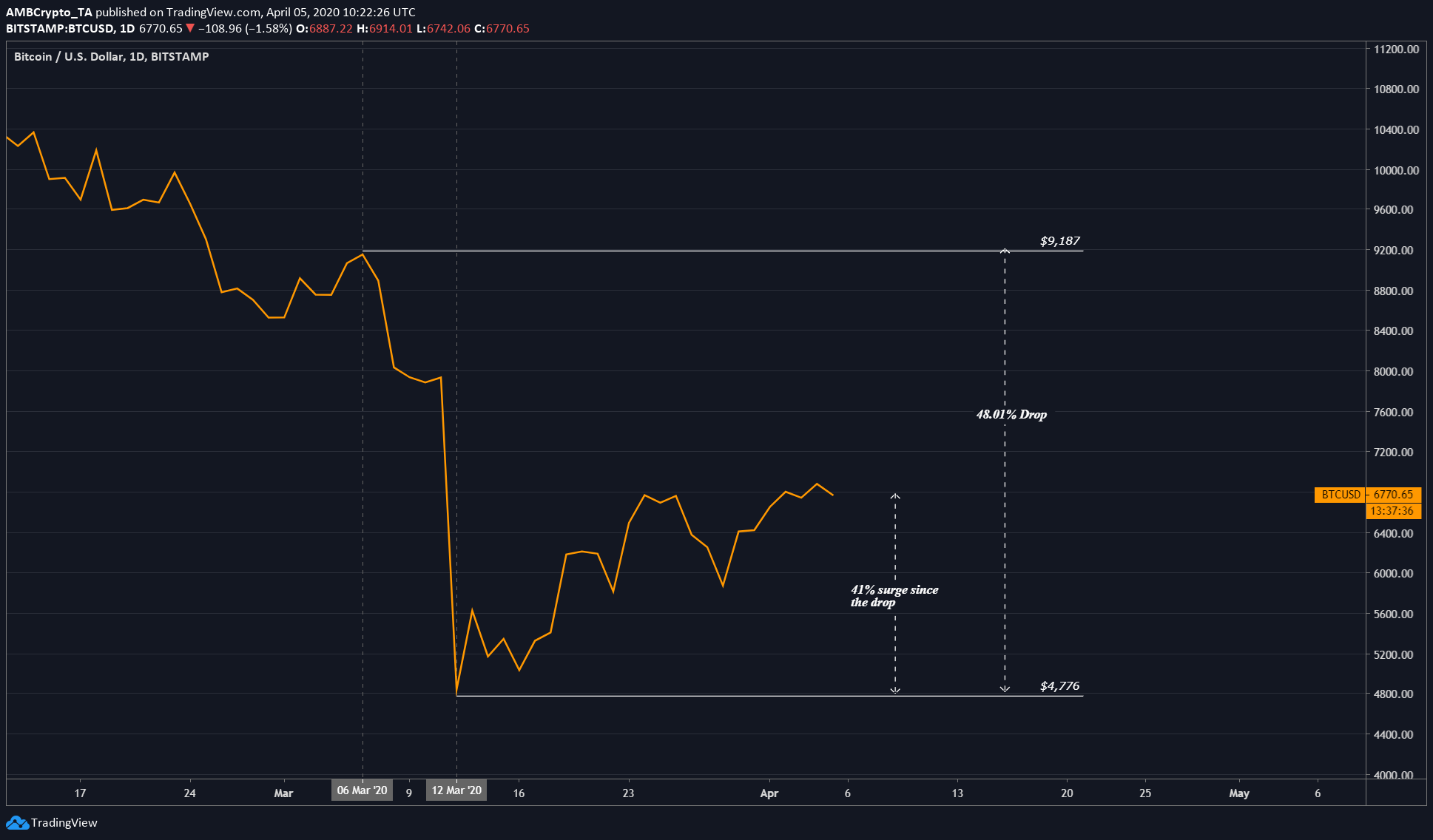 With the price at $6,6770, Bitcoin has recovered 41% since the drop and has 59% more to recover. Since the magnitude of this drop was huge, this has caused some Bitcoin values to go askew. The Sortino ratio for Bitcoin has reached levels unseen since 2016 and this is bad for Bitcoin as an asset, especially, at a time of uncertainty.

Sortino ratio is a variation of the Sharpe ratio and is used to measure a portfolio or an asset’s risk-adjusted return. The Sortino ratio is the ratio of the difference between the expected return of an asset and risk-free return, and downside volatility or negative standard deviation. 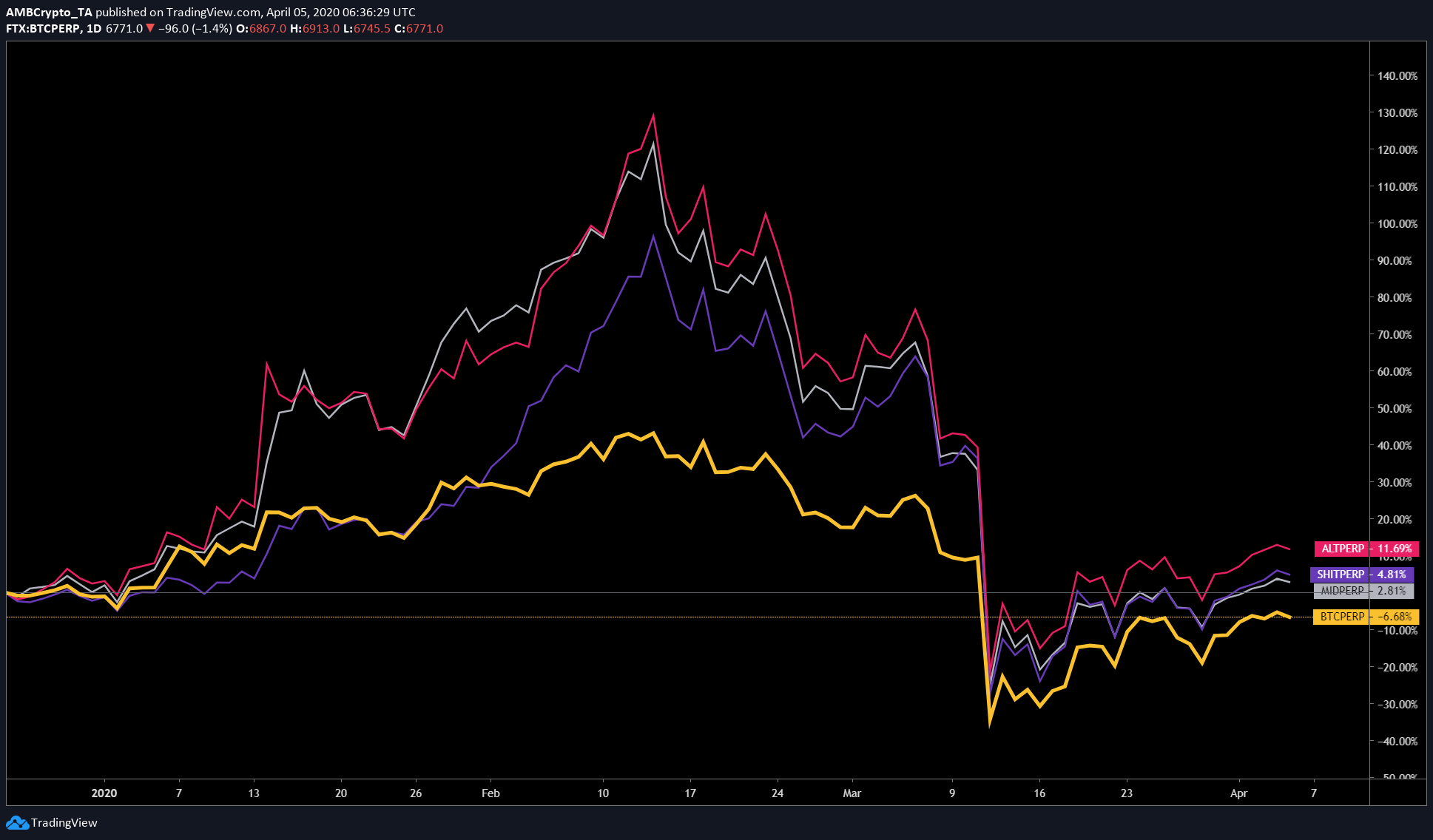 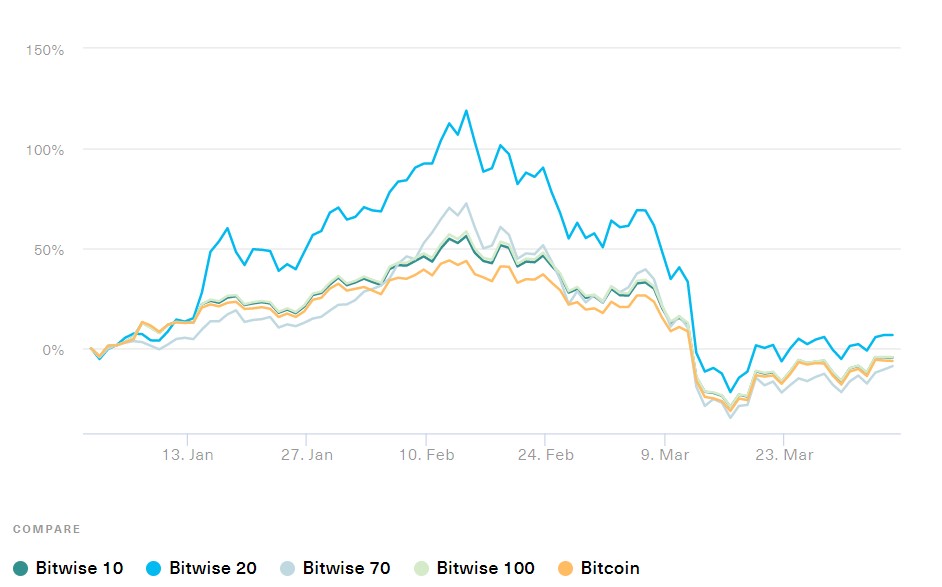 What does the future hold?

Although this looks bleak for Bitcoin, it is only in the shorter timeframe, the bigger looks much better. On average, historically, the first quarter of every year that Bitcoin has been alive has had negative returns.

Hence, the future or at least the second quarter looks bright for Bitcoin as seen in the above table.

Furthermore, the approaching halving might push the price higher, as many people expect it to.

Source: Adobe/AlekseyIvanov After staying above USD 10,000 for around half a day, bitcoin (BTC) dropped below this important level...

Bitcoin on the rise post-halving Bitcoin has been on the rise over the past week, with overnight gains taking...

The flagship currency has finally done it. Just hours ago, at around 11.30 pm Nigerian time, Bitcoin surged pass...

Cryptocurrency tends to attract small and large investors towards it. However, most people are not aware of how cryptocurrency...

Crypto.com Becomes the First Cryptocurrency Company in the World to Achieve ISO/IEC 27701:2019 Certification

ISO/IEC 27701:2019 is a milestone in privacy risk management, as the world's first standard outlining privacy implementation guidelines for data...

Litecoin Rebounds on Market Surge, Increase Possibility of a Rally