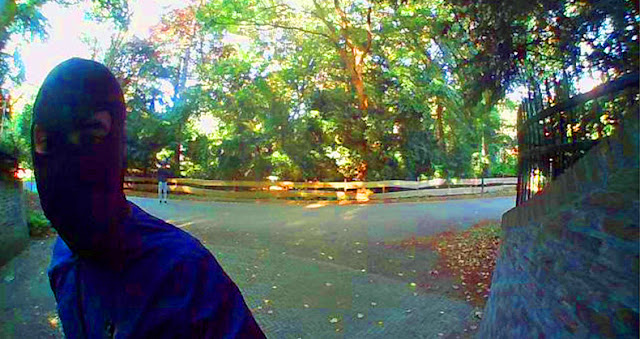 [Live Coverage | Story Developing] Initially, news of heavy police presence at the home of Alberts & Andreea Cimbala had everyone thinking the same thing – finally, justice has been served.  Some outlets even reported the story as a raid of their operations.

That’s because a lot of people believe these two owe them money. The Cimbala’s have been part of a string of scams, walking the fine line between illegal pyramid scheme, and a technically legal but massively unethical MLM.

Initially making millions in the infamous OneCoin scam, they bailed when it started to crumble, and regardless of earning an estimated $10+ million, framed themselves as victims. Passing full blame on to the founder, the infamous Dr. Ruja Ignatova who managed to disappear in to thin air – she’s been in hiding for 3 years. If you don’t know the story you seriously need to.

But for ‘victims’ they made an odd choice for their next move – another shady crypto ploy called DagCoin.

Somehow the same trick worked in both cases when the pyramid scheme collapsed – they bail before it’s totally over, and publicly begin trashing the company they just made millions in.  They claim since they weren’t the ‘founders’ they’re no different than anyone else in the pyramid, and victims of pyramid schemes don’t get arrested.

The husband and wife scammer duo wasn’t in their home, located in an exclusive, mansion filled neighborhood in the Netherlands.

Ironically, they were totally safe – because they were doing a live webcast for their latest MLM scheme ‘What Dreams May Come’ from a studio several miles away.

Their 12 children however were at the house, and phoned police when they spotted a group of masked, armed men approaching.

According to Dutch press:

“On Sunday evening, the Dutch police in Naarden combed around the house after several phone calls from the neighbourhood. A Police helicopter and Swat Team were at the burglary and possible kidnapping scene.


Alberts and his wife Andreea Cimbala were not present. At that time, the couple presented an on-line event in TV studio 47 in Hilversum which they said was attended by 100,000 virtual visitors.”

No arrests were made, but a scooter and stolen Mercedes were found in a nearby meadow, Alberts believes these were positioned to serve as getaway cars in an attempted kidnapping.

One thing is obvious – Alberts & Andreea were targets, this wasn’t random burglers choosing a house at random.

Which begs the question – chosen simply for being high profile, and bragging about wealth publicly for a living?

Or, chosen because some of their money once belonged to the people who were now attempting to kidnap them?

After managing to get away with their schemes so far, today may be the first time they’ve been forced to ask themselves  ‘was it worth it?’

Yuri Molchan Canadian Bitcoin Scammers who pretended to be local authorities almost managed to grab $90,000 from a victim...

Plus Token, Bitconnect, OneCoin, had one thing in common – an investment deal that sounded too good to be...

Crypto scammers are now impersonating Joe Rogan, the popular podcaster and host of The Joe Rogan Experience, in an...

Another crypto scam is in the books. A 50-year-old cleaner in Canada named Jocelyn has been cheated out of...

Gumi Cryptos Capital partner, Miko Matsumura, recently spoke with a scam artist pretending to be Justin Sun. The imposter was...

How Blockchain Technology Will Change the Marketing Industry

The Altcoins That Skyrocket Despite Bitcoin: Wednesday Price Watch

What is Bitcoin and How Does it Work?

Could a Cardano & Litecoin Team Up Be in the Works?