No “Big Drop” Expected For Bitcoin

After its decline, Bitcoin showed a promising recovery and moved its price to the $ 10,600 – $ 10,900 band, bringing the question of “will the rise continue”. Willy Woo and many experts made statements that would sprinkle water inside the investor, fearing that Bitcoin would fall similar to the one in early September.

Bitcoin, which survived the first half of September with falls and red charts, started this week in a way that gives hope to its investors and market followers. Bitcoin, which has increased close to 5% in the last 7 days, is currently trading at $ 10,860. The leading coin, which has managed to increase its price above $ 10,800 in the last 24 hours, lost value close to $ 2,000 about 10 days ago. Bitcoin price, which fell from the resistance of 12 thousand dollars to below 10 thousand dollars, is recovering; market followers and investors alike are wondering if such a decline will occur again.

Willy Wo pointed out that with the decrease in the Bitcoin price, the number of users who saw this as a purchase opportunity increased, and said that the cycle of exchanging hands is now completed with this trade. Referring to the fact that the Bitcoin charts may be climbing next week, Wo argued that there will be no extraordinary crashes. 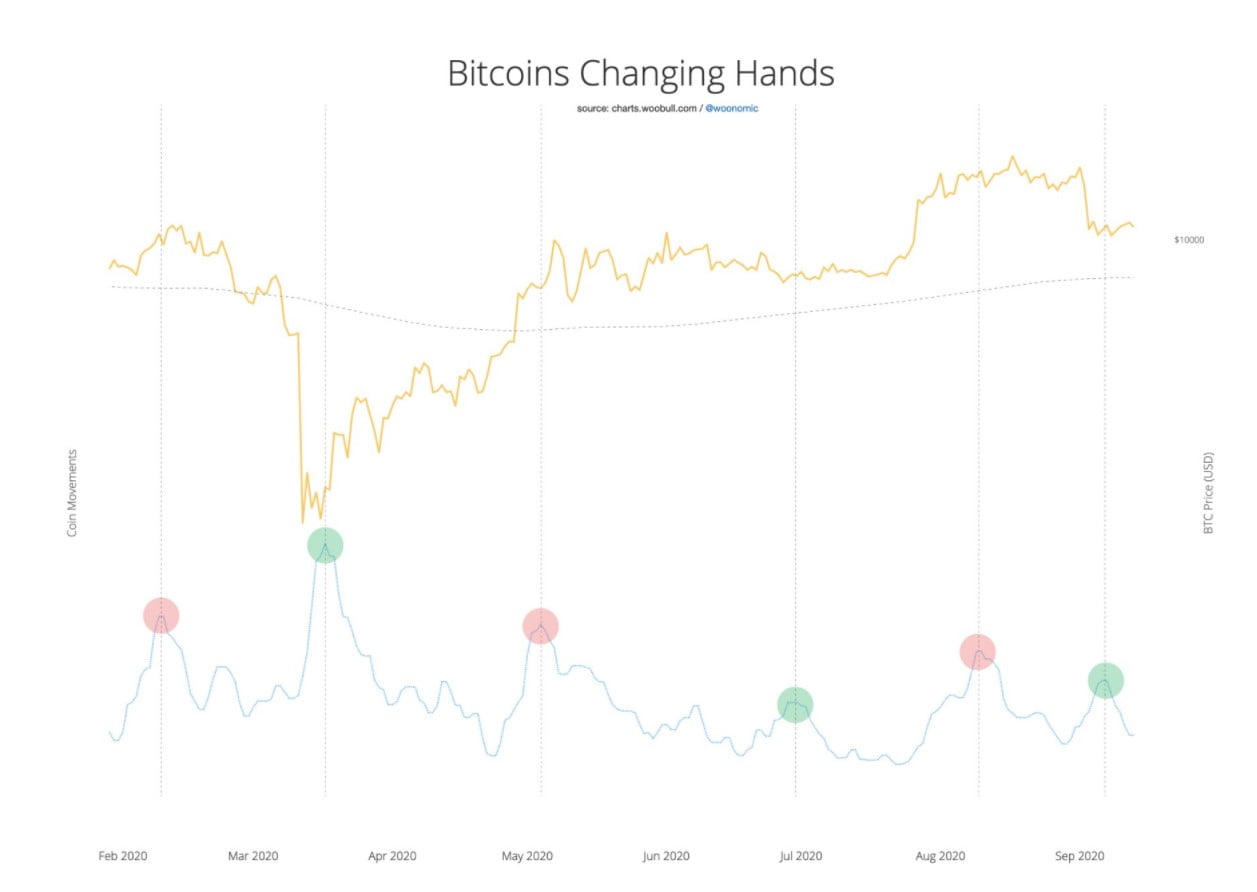 Dutch trader Michael van de Poppe, known as Crypto Michael on social media, determined the support zone for Bitcoin at $ 10,350 and the critical value to be exceeded at $ 10,700. Poppe emphasized that if the BTC price manages to stay above the support level, the target is in the range of $ 11,000 – $ 11,200.

The Bitcoin trader known as NebraskanGooner, which has more than 50 thousand followers on Twitter, shared a chart and showed the regions where it will monitor BTC movements. Similar to Crypto Michael, the trader suggested that the short-term bull market observable levels range from $ 11,200 to $ 11,400.

Ethereum miners seem to be smiling to the bank now. This feat is triggered by transaction costs on the...

Despite yETH returns of 2%, Yearn pushes forward with WBTC Vault

On September 16, the Bitcoin Unlimited development team launched a new application called Votepeer. The software is powered by...

Despite yETH returns of 2%, Yearn pushes forward with WBTC Vault

The Philippines securities regulator issues a public warning against a crypto mining scam – a report by Saumil Kohli.