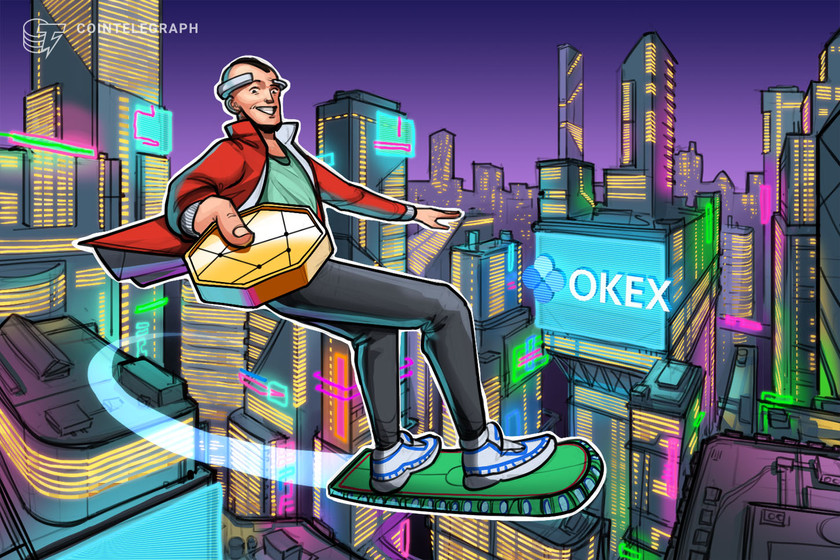 According to today’s announcement, full customer withdrawals will resume on or before Nov. 27. OKEx will conduct security checks to resume hot wallet operations and ensure that user funds are safe.

OKEx claims that user funds are covered by 100% reserves and therefore “can be withdrawn without any restrictions after withdrawals are reopened.”

Resumed withdrawals will coincide with a user loyalty reward program as a way for the exchange to apologize for the extended freeze on user funds. Details regarding the program will be released within the next few days.

Today’s announcement elaborates on why the exchange initially decided to freeze withdrawals, stating that one of its private keyholders “has completed assisting the authorities in a previously referenced investigation.”

As a result of their participation in the investigation, the individual was reportedly unable to authorize transactions within the exchange’s hot wallet system. OKEx stated it has a contingency plan for private key holders that triggers a backup key in the case of death or memory loss, but admitted this plan did not cover all bases:

“We unfortunately failed to include other specific scenarios, such as private key holders becoming unreachable due to unforeseen circumstances into our contingency plan. In this specific incident, therefore, the ultimate resolution for the private key holder’s short-term incapacitation was not a technical one.”

The exchange maintains that it was not involved in any illegal activities. Following the initial suspension, reports started circulating that OKEx founder Mingxing Xu was under investigation by Chinese authorities.

Just hours before OKEx suspended withdrawals on its platform, crypto transaction monitoring service Whale Alert reported a number of large transfers between OKEx and unknown wallet addresses: one transfer of 1,180 Bitcoin (BTC) was followed by another of 3,500. At the time, the combined transactions were worth about $53.2 million.

Ethereum Price breaks USD 500 for the first time in 2 years! What’s next?

Why cybersecurity will be DeFi and blockchain’s next big challenge

Spacelords rises from the ashes of Raiders of the Broken Planet

China is studying crypto as an investment tool,...

Before you buy bitcoin, here’s everything you need...

The Hong Kong restaurant where you can pay in bitcoin and other...

Dash Cryptocurrency Is 16% Down In The Last...

When a Ripple Becomes a Wave: Cyberattack Fallout