Prominent chartist Peter Brandt has renewed his criticism of the Tether (USDT) stablecoin, claiming that it’s “a dubious fiat currency” in his Sept. 13 tweet.

In yet another ominous warning, Brandt predicts that things will not end pretty for the top fiat-pegged coin:

“Tether is a dubious fiat currency that will encounter fate of all fiat currencies, or worse. $USDT. It’s ending will not be pretty.”

From the infamous study about alleged market manipulations to insolvency rumors and the Crypto Capital scandal — Tether, which was originally named “Realcoin,” remains a major source of controversy in the cryptoverse.

Long before it became the third-largest cryptocurrency by market capitalization, it started to attract some borderline obsessive critics such as anonymous Twitter user Bitfinex’ed.

Tether-affiliated exchange Bitfinex even went as far as hiring attorneys from Steptoe & Johnson to slap its persistent detractor with a lawsuit.

As of recently, Brandt is attempting to rival Bitfinex’ed with his hot takes on the world’s largest stablecoin.

As reported by U.Today, the legendary trader compared Tether to a Nigerian trinket back in April before shaming for U.S. dollar critics their wealth in Tether:

“I think people are fools for holding wealth — even overnight — in tether. It is a joke when ppl condemn USD as fiat, yet hold tether.”

While Tether doomsayers continue to sign the same tune, the stablecoin issuer remains unfazed by their harsh works, keeping its metaphorical printers busy.

The market cap of USDT currently stands at $14.7 bln after witnessing a 258 percent increase in 2020. 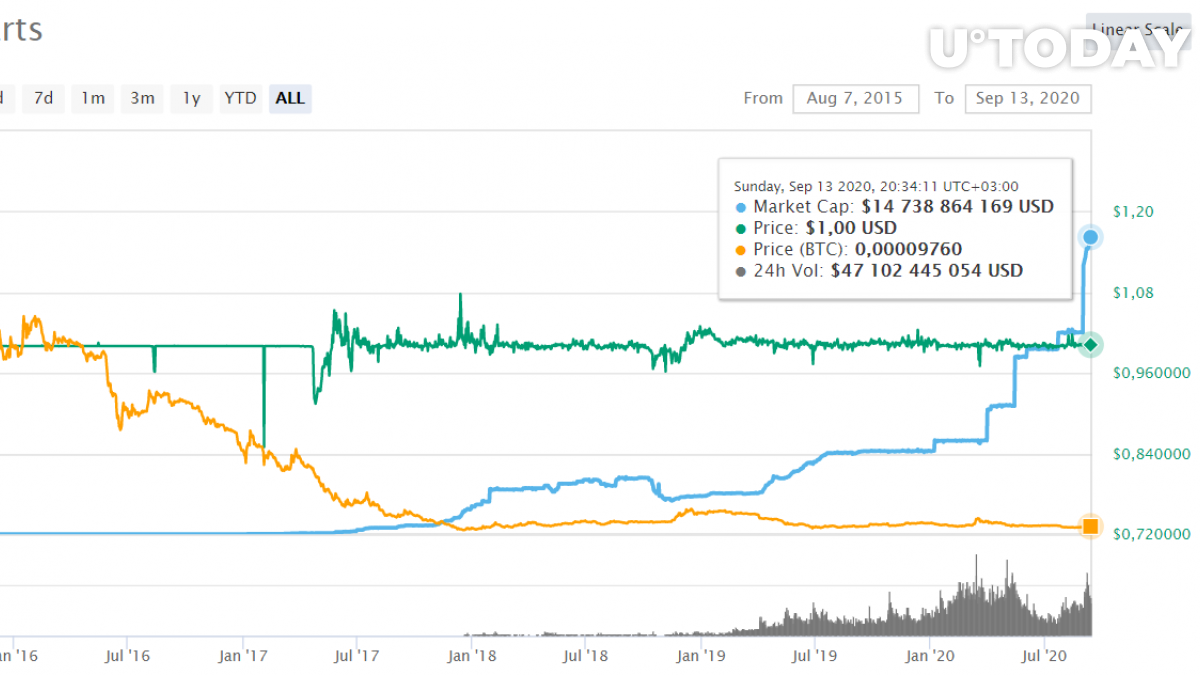 Its main competitor USD Coin (USDC) is also about to hit $2 bln worth of coins in circulation.

Elastic Finance makes its case in the DeFi discussion

The VeChain Foundation, an organization supporting the development of VeChain, a blockchain platform for supporting supply chain management (among...

The crypto market as a whole displayed a sense of divergence in the charts at the time of writing,...

An announcement on Wednesday informed that MakerDAO has enabled support for Chainlink (LINK) and two other tokens to be...

What you saw was just a glimpse. Here's how to see more -- a LOT more. Since the March...